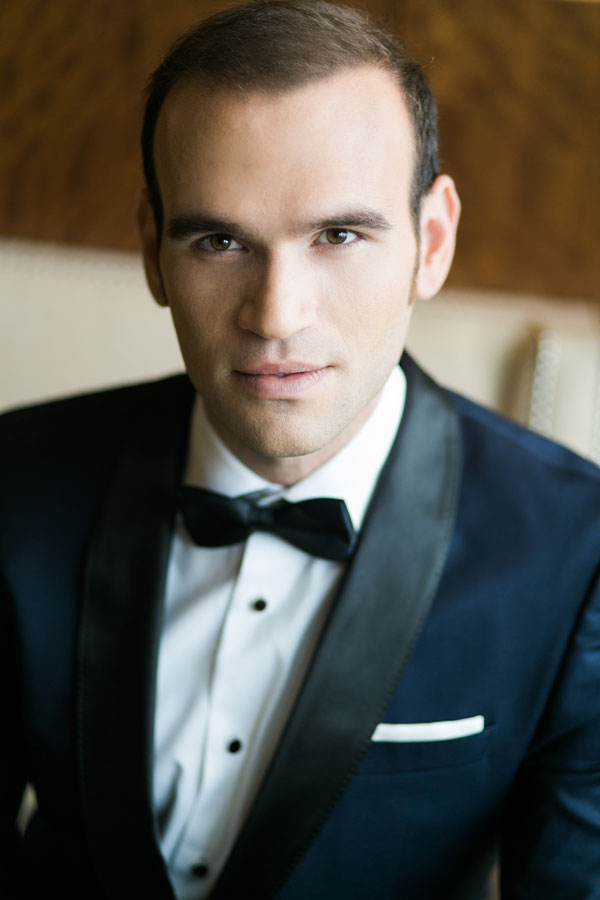 Mr. Fabiano made his role debut as Cavaradossi in Tosca at the Opéra National de Paris, a role he will perform again at the Teatro Real, and to open the San Francisco Opera. This summer he will return to the Festival Napa Valley for a concert conducted by James Conlon.

In addition to Cavaradossi, his performances during the 2021/22 season include Rodolfo in La bohème at the Teatro Real, and Don José in Carmen at Le Théâtre Royal de la Monnaie, the Orchestre Philharmonique du Luxembourg, and at Washington National Opera, as well as Lensky in Eugene Onegin at the Teatro San Carlo di Napoli, and the title role in Les Contes d’Hoffmann at ABAO-OLBE Bilbao Opera.

Among Mr. Fabiano’s career highlights are his first Don José in Carmen at Festival Aix-en-Provence, the title role in Donizetti’s Poliuto at the Glyndebourne Festival in the first performances of this opera in UK history, Jacopo Foscari in I Due Foscari at the Teatro Real, Alfredo in La Traviata at the Metropolitan Opera and Glyndebourne Festival, Jean in Massenet’s rarely performed Hérodiade and Corrado in Il Corsaro with Washington Concert Opera, and Oronte in I Lombardi with Opera Orchestra of New York.

The recipient of numerous awards, Mr. Fabiano is the first person to win both the Beverly Sills Artist Award and the Richard Tucker Award in the same year.

Pentatone released Mr. Fabiano’s first CD of Donizetti and Verdi arias. On DVD, he can be seen in the title role of Donizetti’s Poliuto and Alfredo in La Traviata, both from the Glyndebourne Festival on Opus Arte, Cassio in Otello from the Metropolitan Opera on Decca, Gennaro in Donizetti’s Lucrezia Borgia from the San Francisco Opera on EuroArts and Naxos of America, and the title role in Fasut from the Royal Opera, on the recently released version on Opus Arte.