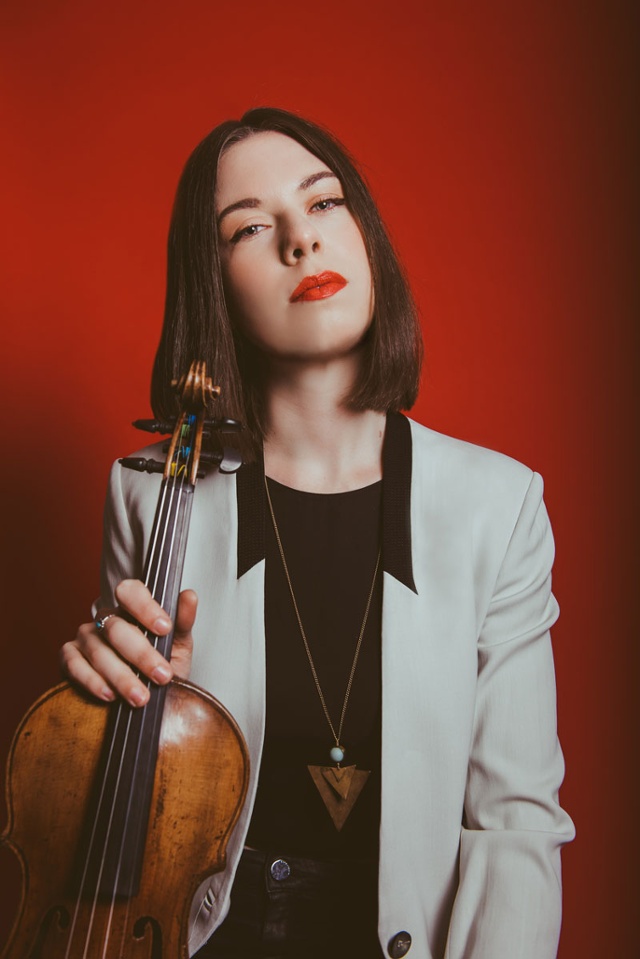 Violinist Tessa Lark is one of the most captivating artistic voices of our time, consistently praised by critics and audiences for her astounding range of sounds, technical agility, and musical elegance. In 2020 she was nominated for a GRAMMY in the Best Classical Instrumental Solo category and received one of Lincoln Center’s prestigious Emerging Artist Awards: the special Hunt Family Award. Other recent honors include a 2018 Borletti-Buitoni Trust Fellowship and a 2016 Avery Fisher Career Grant, Silver Medalist in the 9th Quadrennial International Violin Competition of Indianapolis, and winner of the 2012 Naumburg International Violin Competition. A budding superstar in the classical realm, she is also a highly acclaimed fiddler in the tradition of her native Kentucky, delighting audiences with programming that includes Appalachian and bluegrass music and inspiring composers to write for her.

Lark has been a featured soloist at numerous U.S. orchestras, recital venues, and festivals since making her concerto debut with the Cincinnati Symphony Orchestra at age sixteen. Lark has appeared with the Louisville Orchestra and the Buffalo Philharmonic; the Albany, Indianapolis, Knoxville and Seattle symphonies, and presented by such venues as Carnegie Hall, New York’s Lincoln Center, Amsterdam's Concertgebouw, the Music Center at Strathmore, the Isabella Stewart Gardner Museum in Boston, San Francisco Performances, Ravinia, the Seattle Chamber Music Society, Australia’s Musica Viva Festival, and the Marlboro, Mostly Mozart, Bridgehampton, and Music@Menlo festivals.

Tessa plays a ca. 1600 G.P. Maggini violin on generous loan from an anonymous donor through the Stradivari Society of Chicago.