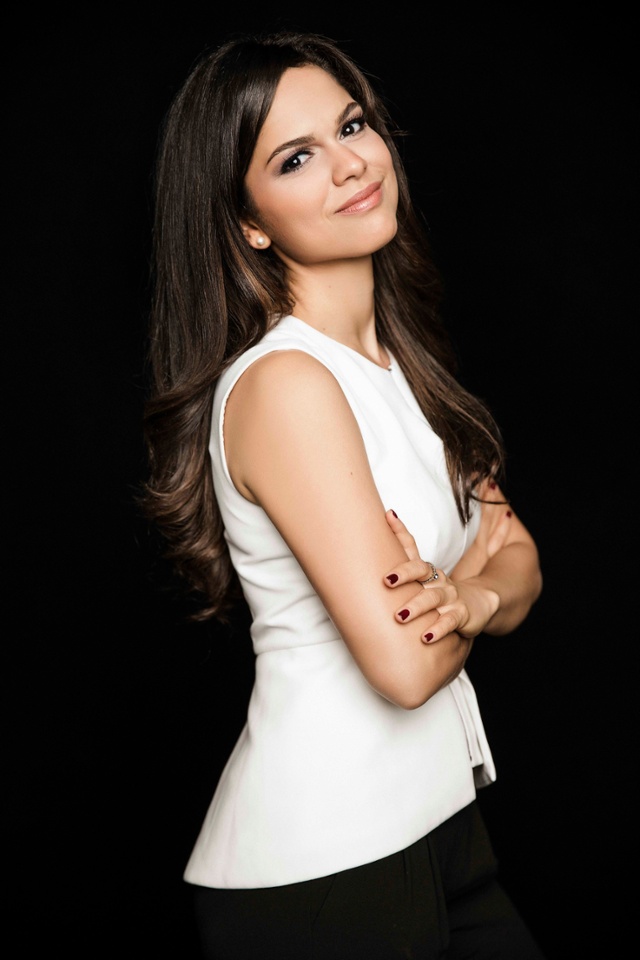 Internationally-acclaimed soprano Larisa Martínez is widely regarded as one of the most exciting talents of her generation. In 2019, Martínez made her Kennedy Center recital debut and Carnegie Hall Stern Auditorium/Perelman Stage debut, and she debuted with the Chicago Symphony Orchestra at the 2021 Ravinia Festival. In 2020, she appeared with the Grand Rapids Symphony, performing Heitor Villa-Lobos’ Floresta do Amazonas. In 2016, she created the role of Isaura in the world premiere of Mercadante’s Francesca da Rimini, conducted by Fabio Luisi and directed by Pier Luigi Pizzi. Martínez was invited as part of President Barack Obama’s artistic delegation to Cuba, culminating in her performance on the 2016 Emmy-nominated PBS special, Live from Lincoln Center: Seasons of Cuba.

For the last three years, Martínez has toured worldwide with tenor Andrea Bocelli, debuting at venues including Madison Square Garden and the Hollywood Bowl. She also has a long history of collaborations with violinist Joshua Bell, including two PBS specials and an upcoming “Voice and the Violin” concert tour. Martínez won the 2016 Metropolitan Opera’s National Council Audition in Puerto Rico, the Angel Ramos Foundation Award, and the Audience Prize, and honored Anna Netrebko as a guest artist in the Metropolitan Opera Guild’s 2018 Annual Gala. In 2018, EastWest Sounds Studios chose and sampled her voice for its new virtual instrument software, “Voices of Opera.” Martínez is a proud artistic resident of Turnaround Arts, led by the Presidential Committee on the Arts and the Humanities.