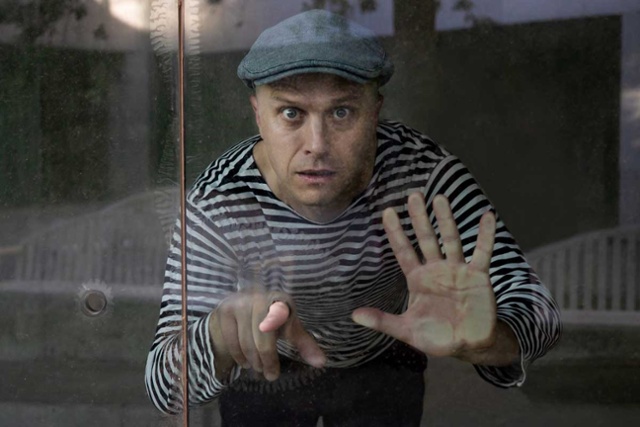 Slater Penney (He/Him) is an Emmy award-winning performer delighted to play a corpse in this opera. His feature-length production, The Submarine Show, is a live-action cartoon created with Cirque du Soliel clown Jaron Hollander, and over the past 10 years has earned awards at the fringe festivals in San Francisco, Edinburgh, New York, and Montreal.

Penney trained at UC Santa Cruz, the Dell'Arte International School of Physical Theatre, and in 2019 completed his MFA in Dramatic Arts at UC Davis, creating a light-hearted immersive theatrical event on the Great Pacific Garbage Patch. He specializes in physical theatre, specifically the intersection of clown, dance, mime, and puppetry. Penney has appeared on TED, and is mentioned in Wikipedia. His point of interest is in creating endearing characters onstage with minimal vocal cues that then do horrible things to one another. Penney pairs his performing arts career with teaching, including at the Berkeley Rep’s School of Theatre, and continues to find joy in creating interactive and accessible theatre projects.