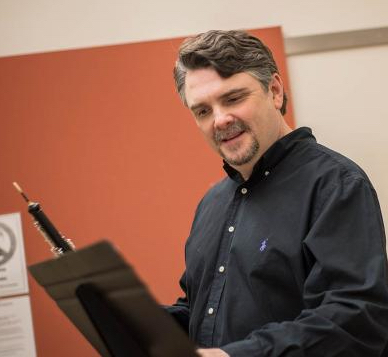 He has appeared as soloist with the San Francisco Symphony on works by Copland, Bach and Del Tredici. He was previously principal oboe of the Atlanta Opera Orchestra and the Columbus (Georgia) Symphony; he played English horn in the Atlanta Ballet and the Alabama Symphony.

A graduate of Boston University, he has performed on the Noe Valley Chamber Music Series as well as with the Gold Coast Chamber Players. He currently teaches at the San Francisco Conservatory of Music, has taught at Emory University and Columbus State University, and has given master classes all over the US. He plays on Lorée English horns.