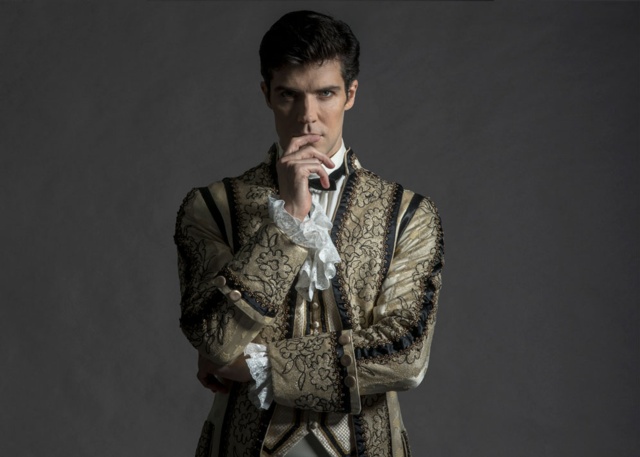 Roberto Bolle trained at the ballet school of Teatro alla Scala, Milan, where he was promoted Étoile (Star Dancer) in 2004. He has regularly danced as a guest artist with the most prestigious companies worldwide.

He was Principal Dancer with the American Ballet Theatre in New York from 2009 to 2019. His own show Roberto Bolle and Friends Gala has overcrowded the squares - Duomo Square in Milan, Plebiscito Square in Naples, San Marco Square in Venice, Terme di Caracalla in Rome, the Valley of the Temples of Agrigento, and the Arena of Verona - gathering crowds in the tens of thousands.

Bolle is an experimenter and a popularizer of the art of terpsichore. He has taken part in movie and television projects, often conceived by him, such as This night opened my eyes, created for Sky, and Danza con me, which has been broadcast on the main Italian network, Rai1, from 2018 to 2021, marking an incredible success with audiences and critics.

Bolle has awarded the highest honors, national and international. He is, among other things, Unicef Ambassador and Grand Officer of the Order of Merit of the Italian Republic for his contributions to the country in the fields of culture and art. He has also received the Unesco Medal.

Bolle has collaborated with artists such as Bob Wilson, Peter Greenway, Anne Leibovitz, and Bruce Weber, whose photographic book An Athlete in Tights is dedicated to Bolle. Bolle is also the creator and artistic director of the dance festival OnDance, which is now in its fourth iteration in Milan. Through a busy calendar of workshops, open classes, flash mobs, and shows, he makes the whole city dance.

Ballet superstar Roberto Bolle brings his celebrated production, Roberto Bolle and Friends, to Napa for the annual Dance Gala, an event that invariably ranks among the year’s highlights. A principal dancer at American Ballet Theatre from 2009-2019, a principal dancer étoile at La Scala Theatre Ballet, and a guest artist with other top international companies, Bolle is one of Italy’s most beloved artists. Accompanied by a star-studded cast of dancers, he performs solos and ensemble numbers from both treasured classic and modern ballets.