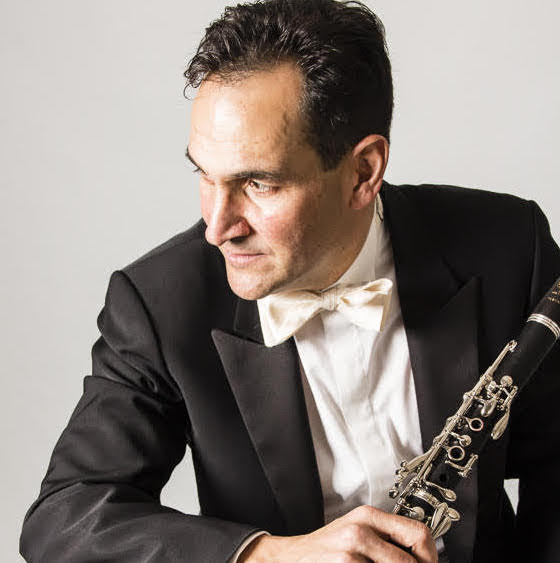 Critics have praised clarinetist Mark Nuccio for both his solo and chamber appearances, describing him as "the evening’s highlight," full of "mystery and insight" (The New York Times).

Nuccio is currently principal clarinet of the Houston Symphony, a position that he has held since 2016. From 1999 to 2016, he was associate principal and solo E-flat clarinet of the New York Philharmonic, and from 2009-2013, he served as acting principal clarinet of the ensemble. Prior to 1999, he held positions with orchestras in Pittsburgh, Denver, Savannah, and Florida, working with distinguished conductors such as Lorin Maazel, Kurt Masur, Mariss Jansons, Riccardo Muti, Zubin Mehta, Erich Leinsdorf, Alan Gilbert, Claudio Abbado, Riccardo Chailly, André Previn, Christoph von Dohnányi, Gustavo Dudamel, Esa Pekka Salonen, and Andres Orozco Estrada. Additionally, Nuccio has toured extensively with the Houston Symphony, the New York Philharmonic, and the Pittsburgh Symphony Orchestra, has recorded with all three orchestras, and performed regularly with the Philharmonic on the award-winning series Live from Lincoln Center, broadcast on PBS. Highlights include the Philharmonic’s historic and newsworthy visits to North Korea and Vietnam.

An active solo and chamber musician, Nuccio has been featured with various orchestras in the United States and has made multiple appearances as a featured performer at the International Clarinet Association conventions. He made his subscription solo debut with the Houston Symphony in 2018 and with the New York Philharmonic in 2010. Other highlights include a New York recital debut at Carnegie Hall in 2001 and a Japanese recital debut in 2002. He continues to regularly perform recitals in Asia and Europe, as well as across the United States. In New York, he can often be heard at Merkin Concert Hall, the 92nd Street Y, Carnegie Hall, and the Metropolitan Museum of Art. Nuccio also participates in the chamber music series at the Strings in the Mountain Music Festival in Steamboat Springs, Colorado, performs/teaches at Festival Napa Valley, and teaches at ARIA Music Festival.

As a studio musician, Nuccio has been featured on numerous movie soundtracks, including Failure To Launch, The Last Holiday, The Rookie, The Score, Intolerable Cruelty, Alamo, Pooh’s Heffalump, Hitch, The Manchurian Candidate, and various television commercials. Additionally, he has performed on the Late Show with David Letterman and on the 2003 Grammy Awards. His own debut album, featuring the clarinet quintets of Mozart and Brahms, was released in November 2006.

A Colorado native, Nuccio was recently awarded the Distinguished Alumni Award from his alma mater, the University of Northern Colorado. He also holds a master’s degree from Northwestern University, where he studied with renowned pedagogue Robert Marcellus. Beyond his active performing schedule, Nuccio serves on the faculty at both the Bienen School of Music at Northwestern University and the Moores School of Music at the University of Houston and is a Rico Advising Artist & Clinician, as well as a performing artist/clinician for Buffet Music Group.