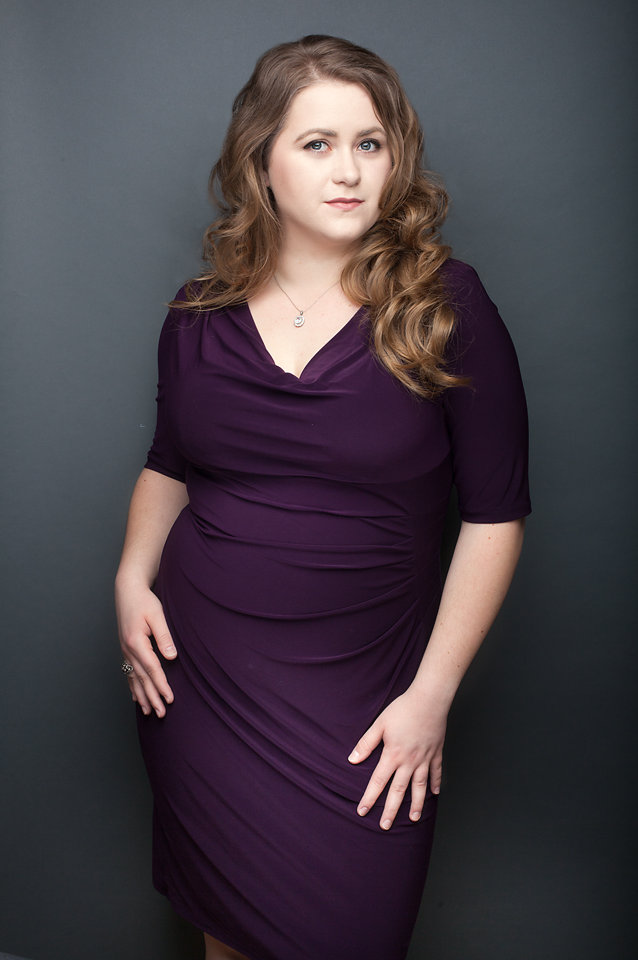 Praised for her “dramatic excellence, flexibility, and beauty of her singing” by Classical Voice America, Romanian-American soprano Esther Tonea has appeared in concert and recital across the United States, Canada, and Europe.

As Diana in the world premiere of Jake Heggie and Gene Scheer’s If I Were You, Tonea stunned audiences and critics alike with “magnificent singing — an ardent, tonally plush performance” (San Francisco Chronicle). In this 2019 season with the Merola Opera Program, she “dazzled as Fiordiligi” (San Francisco Examiner) in the Grand Finale performance with her “gleaming tones and impeccable dynamic control” (San Francisco Chronicle). Tonea’s opera highlights also include the roles of Gilda in Rigoletto, Female Chorus in The Rape of Lucretia, and Suor Genovieffa in Suor Angelica.

No stranger to sacred music, Tonea has appeared as soprano soloist in Haydn’s Missa in Angustiis with the Athens Choral Society, Haydn’s The Creation with the University of Georgia, Mahler’s Symphony No. 4 in San Francisco, Mozart’s Exsultate, jubilate with Burbank Philharmonic, and twice in Mozart’s Requiem in D minor with California Symphony and Tennessee Wesleyan University.

In Milan, Tonea performed excerpts as Gilda from Rigoletto and Violetta from La Traviata for a Concerto Verdiano at Casa Verdi during her studies with Operavision Academy. With the American Institute of Musical Studies, she performed Norina’s aria “Quel guardo il cavaliere… So anch’io la virtuù magica” from Don Pasquale in the Eröffnungskonzert with the AIMS Festival Orchestra at the Stefaniensaal in Graz, Austria. In collaboration with the National Orchestral Institute + Festival and Wolf Trap Opera, Tonea performed “Glitter and Be Gay” from Candide among other Bernstein hits for their Bernstein at 100: Pops Extravaganza performance. She has also collaborated with the National Symphony Orchestra and Berkeley Symphony.

Tonea’s dramatic flair is best highlighted with her competitive pedigree: she is 2019 Semifinalist for the James Toland Vocal Arts Competition, 2018 finalist for the Patrick G. and Shirley W. Ryan Opera Center, and a first-place winner of the New York Lyric Opera National Vocal Competition, Hennings-Fischer Young Artist Competition, Dorothy Van Waynen Competition, and East Bay Opera League Competition. Additionally, Tonea is a two-time recipient of the Encouragement Award from the Metropolitan Opera National Council Auditions, a two-time scholarship recipient of the Holt Memorial Competition, and a Presser Scholar. She is a winner of the Concerto Competitions at the University of Georgia and the San Francisco Conservatory of Music. Tonea was a recent resident artist at Tennessee Wesleyan University, where she gave a masterclass and a recital entitled “Poetry and Gypsy Songs.”

Tonea holds a Master of Music in Voice from the San Francisco Conservatory of Music and Bachelor of Music degrees in Vocal Performance and Cello Performance from the University of Georgia. She will perform as soloist in the Saint-Saëns Christmas Oratorio on December 8 at Johns Creek Presbyterian Church in Georgia, and in January she will return to San Francisco as an Adler Fellow at San Francisco Opera. On April 22, she will appear in recital with tenor Victor Starsky, baritone Tim Murray, and pianist Warren Jones at the Herbst Theatre in San Francisco.