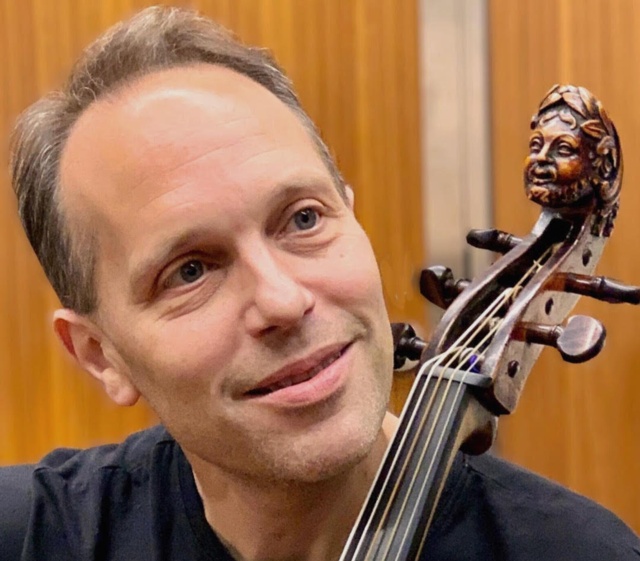 For over three decades, cellist Christopher Costanza has enjoyed a varied and exciting career as a soloist, chamber musician, and teacher. A winner of the Young Concert Artists International Auditions and a recipient of a prestigious Solo Recitalists Grant from the National Endowment for the Arts, Costanza has performed to international critical acclaim. His summer festival appearances have included those at the Marlboro, Yellow Barn, Santa Fe, Taos, Chamber Music Northwest, Seattle, Bay Chamber Concerts, Ottawa, and Bravo! Vail Valley festivals.

Costanza is a graduate of the New England Conservatory of Music in Boston, where he studied cello with Laurence Lesser, David Wells, and Bernard Greenhouse and chamber music with Eugene Lehner, Louis Krasner, and Leonard Shure. Costanza joined the St. Lawrence String Quartet (SLSQ) in 2003, and he tours and records extensively with that ensemble, performing over 100 concerts annually throughout the world. As a member of the SLSQ, he is an Artist in Residence at Stanford University, where he teaches cello and chamber music and performs a wide variety of formal and informal concerts each season. A strong proponent of contemporary music, Costanza works regularly with the world’s most notable composers, such as John Adams, Jonathan Berger, Osvaldo Golijov, Mark Applebaum, Pierre Boulez, George Tsontakis, Roberto Sierra, R. Murray Schafer, William Bolcom, John Corigliano, and Bright Sheng. As a student, he had the honor of studying Olivier Messiaen's "Quartet for the End of Time" under the guidance of the composer.

Costanza is frequently heard on radio broadcasts worldwide, and his discography includes numerous chamber music and solo recordings on the Nonesuch, EMI/Angel, Naxos, Innova, Albany, Summit, and ArtistShare labels. In 2006, he received a Grammy nomination for his recording of major chamber works for winds and strings by Mozart. Additionally, several St. Lawrence String Quartet recordings on EMI have also been nominated for Juno awards. He is privileged to perform on an early 18th century Venetian cello, part of the Harry R. Lange Collection of Instruments and Bows at Stanford.

In addition to his varied musical interests, Costanza is an avid long-distance runner and hiker. A self-described train enthusiast, he enjoys riding and exploring the passenger railways of the world. At home in California, he is passionate about cooking, focusing his attention on new and creative dishes that take advantage of the abundance of remarkable organic local produce.