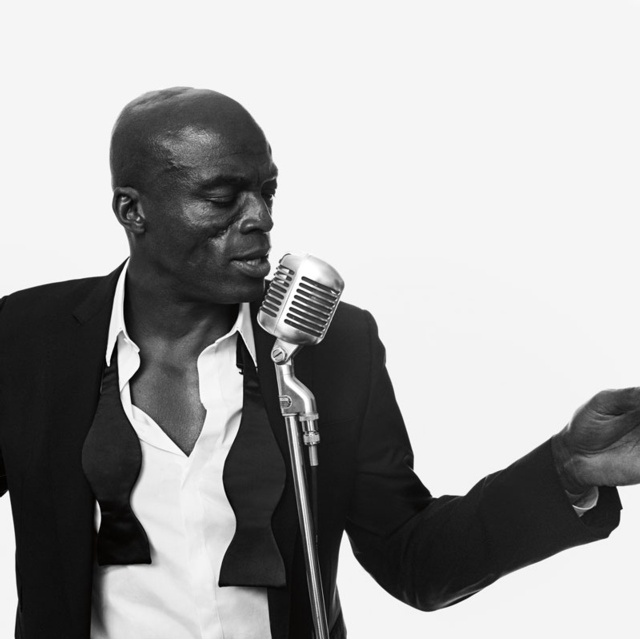 Much like the legends who originally popularized them, Seal sounds right at home singing the classics that comprise his tenth studio album and first for Republic Records: Standards. At the same time, the London-born and Los Angeles-based four-time Grammy Award-winning icon imbues all 14 tracks with his singular sense of soul. Undeniably, the performances stand out as show-stopping, stunning, and signature Seal.

In many ways, Standards represents destiny for Seal. It’s as if his unmistakable and undeniable voice were always meant to carry these numbers as his love for the music can be traced back to childhood.

“This is the album I have always wanted to make,” he affirms. “I grew up listening to music from the Rat Pack era, so recording these timeless tunes was a lifelong dream.”

2017 saw the multiplatinum singer-songwriter quietly begin working on what would become Standards alongside producer Nick Patrick [Hans Zimmer] on hallowed ground at the world-renowned Capitol Records in Los Angeles. Fittingly, this spot served as the site of recordings by Frank Sinatra, Bing Crosby, Dean Martin, Nat King Cole, and more. To rekindle that spark, he enlisted the help of an A-list cadre musicians notable for their work with these titans, namely Randy Waldman [pianist who toured with Santra and Paul Anka], Chuck Berghofer [bass player who performed with Ella Fitzgerald and Ray Charles], and Greg Fields [drummer who also performed with Quincy Jones and Stevie Wonder].

Seal elaborates, “It was a true honor to collaborate with the same musicians who performed with Frank and so many of my favorite artists, in the very same studios where the magic was first made—it was one of the greatest days of my recording career.”

As the project remained extremely close to his heart, the powerhouse vocalist also carefully chose a tracklisting that reflected his longstanding passion for everyone from Sinatra to Fitzgerald and Nina Simone, making sure to preserve the integrity of the originals as he respectfully added his own panache, power, and presence.

Fittingly, the singer introduced the record with a boisterous, bright, and brilliant take on Sinatra’s “Luck Be A Lady.” Over jazz-y horns and swaggering piano, his voice booms vibrantly and vividly. Elsewhere, the delicate orchestration of “It Was A Very Good Year” serves as the perfect backdrop for him to sensitively reminisce via the timeless lyrics, “When I was seventeen, it was a very good year.”

From the captivating magic of “I Put a Spell On You” to the wistful romance of “Autumn Leaves,” the artist brings the classic songbook to life like only he can. However, it doesn’t stop with the “standards.”  Just in time for the holidays, he also recharges and reimagines a pair of Christmas classics as well: “Let It Snow, Let It Snow, Let It Snow” and “Christmas Song (Chestnuts Roasting).” The former hinges on jazz piano punctuated by his unmistakable cadence, while the latter warms like a cackling fireplace on a snowy Christmas eve. Gorgeous and glorious, Standards showcases the scope of his voice like never before.

Known for unforgettable live shows, these songs will undoubtedly flourish within the live arena as this world-class performer takes the record on the road in the near future on what promises to be a very special global run.

For Seal, Standards continues a tradition of storied performances that began way back in 1991 when his voice drove Adamski’s club smash “Killer” followed by his own Top 10 hit “Crazy.” On the heels of his stunning debut album, he went on to win the prestigious BRIT Award for “Best British Male” in 1992, while hits like “Kiss From a Rose,” memorably included on the Batman Forever soundtrack, earned him multiple Grammy awards and global esteem. An established superstar, with worldwide album sales exceeding 30 million, his 2015 studio offering 7 reunited him with longtime collaborator, producer Trevor Horn. It yielded the hit “Every Time I’m With You” and earned widespread critical acclaim.

Beyond the stage and studio, his influence permeates multiple facets of pop culture. Following three popular stints on The Voice Australia, he also returned as a coach for the 2017 season to much fan enthusiasm.

In the end, everything comes back to the music. Standards solidifies Seal’s stature among history’s biggest, boldest, and best voices as he leaves his mark on the songs that have defined one generation after another. It’s a timeless vehicle for his timeless voice.