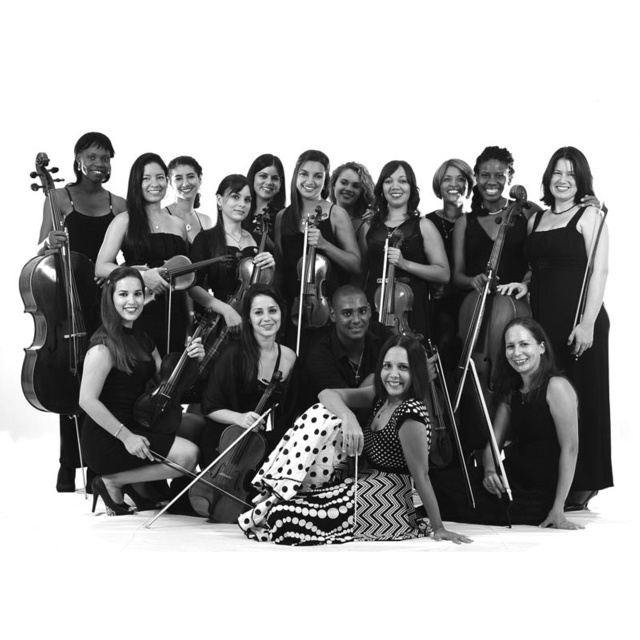 The Havana Chamber Orchestra is an ensemble of young musician graduates of the Higher Institute of Art in Cuba. The orchestra made its debut in May 2006, conducted by Iván del Prado, who continued to lead the orchestra until 2010. In its’ first years, the orchestra participated in the recording of the British rock band Simply Red’s DVD Cuba and in Clásicos de Cuba with Cesar Lopez and Habana Ensemble, winning Cubadisco’s grand prize in 2008. The HCO also won the Cubadisco prize for chamber music in 2013 for its CD of music entirely by Cuban composers, titled Música para Cuerdas.

Since 2011, the HCO has been conducted by Daiana García. In the past six years they have been invited to participate in prestigious events such as the International Festival of Chamber Music Leo Brouwer, Havana Contemporary Music Festival, Jazz Plaza Festival, Casa de Las Américas Prize, and Havana International Guitar Festival, among others. At the fifth Chamber Music Festival Leo Brouwer, the HCO received the Espiral Eterna Prize by the Leo Brouwer Office.

In 2013, the HCO was invited to take part in the DVD create in celebration of Cuban songwriter Carlos Varela’s thirty-year career through which they performed with artists such as Ivan Lins, Luis Enrique, and Jackson Browne. The HCO has also worked with outstanding international conductors such as Francesco Belli, Heribert Breuer, Thomas Gabrisch, Jonathan Hirsch, and Leo Brouwer.

On two occasions in 2016, the HCO collaborated with Grammy-winning violinist Joshua Bell, both during Bell’s visit to Cuba sponsored by the President’s Committee on the Arts and Humanities and at Lincoln Center for the Performing Arts for Seasons of Cuba, which included several renowned Cuban musicians, as well as American singer-songwriter Dave Matthews, and was broadcast live by PBS.