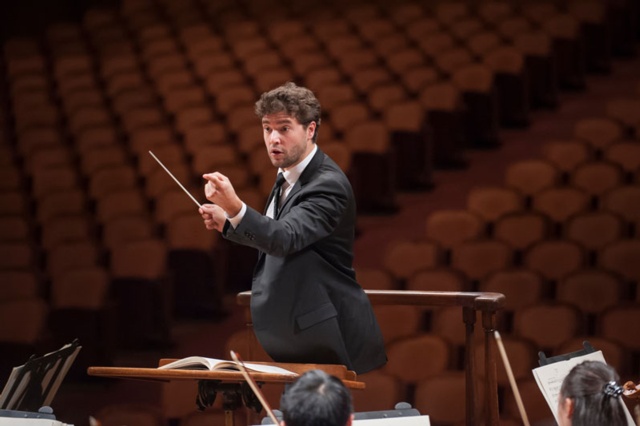 In the 2017-18 season, Reif made a highly praised subscription debut with the San Francisco Symphony and led concerts with the Orchestre National de Lyon, Deutsche Staatsphilharmonie Rheinland-Pfalz, Brucknerorchester Linz, and Berkeley Symphony. His April 2018 San Francisco Symphony subscription concerts prompted Joshua Kosman of the San Francisco Chronicle to write: “He’s a conductor of considerable stature, and everything felt like the work of a significant musical artist.” In summer 2018, in addition to leading concerts with the Indianapolis Symphony and at the Lakes Area Music Festival, he made his Lincoln Center Mostly Mozart Festival debut on a program with the International Contemporary Ensemble featuring John Adams’ Grand Pianola Music. Of that performance, BlogCritics wrote: “Christian Reif conducted with brilliant energy in his New York conducting debut, eliciting one of the fiercest performances of ostensibly minimalist music I’ve ever witnessed.”

In the 2018-19 season, Reif will conduct Prokofiev’s Symphony No. 5 and the world premiere of Andrew Norman’s Cello Concerto with Johannes Moser as soloist on subscription with the San Francisco Symphony and a program that includes works by Britten, Shostakovich and Haydn with the St. Paul Chamber Orchestra. Additionally, he will make debuts with the Hong Kong Philharmonic and Omaha Symphony and return to work with the Berkeley Symphony and San Francisco Conservatory of Music. He will also conduct a production of Leoncavallo’s Pagliacci at Opera San Jose and a new chamber version of John Adams’s El Niño with the American Modern Opera Company as part the Metropolitan Museum of Art’s MetLiveArts series in New York. He will lead his final season as Music Director of the San Francisco Symphony Youth Orchestra, culminating in a summer 2019 tour of Europe that brings the orchestra to prominent venues such as Berlin Konzerthaus and Hamburg Elbphilharmonie.

Reif was a Conducting Fellow at the Tanglewood Music Center in the summers of 2015 and 2016. During his time there, he stepped in for Seiji Ozawa to conduct the Seiji Ozawa International Academy Switzerland, and he led the TMC Orchestra in Shostakovich’s 14th Symphony with soprano Dawn Upshaw, baritone Sanford Sylvan and TMC vocalists.

Reif’s enthusiasm in performing contemporary music has led to several world premieres. Among those are Michael Gordon’s El Sol Caliente – a city symphony in honor of Miami Beach’s centennial – and concertos for DJ and orchestra performed at New World Symphony PULSE events where the concert hall is transformed into a nightclub.

A dedicated and enthusiastic educator, Reif has taught piano, and he coaches instrumentalists and works with singers as a répétiteur. He has worked as a Teaching Fellow in the Juilliard School’s Ear Training Department and a Music Master Teacher in Miami’s National YoungArts Foundation. In his work at the New World Symphony from 2014 to 2016, he regularly hosted and conducted the orchestra’s education concerts which were viewed by a global online audience.

Christian Reif studied with Alan Gilbert at the Juilliard School, where he completed his Master of Music in Conducting in 2014 and received the Charles Schiff Conducting Award. Prior to that, he studied with Dennis Russell Davies at the Mozarteum Salzburg, where he received a diploma in 2012. He is winner of the 2015 German Operetta Prize, awarded by the German Music Council, and two Kulturförderpreise awards given to promising artists of the region who promote cultural advancement in their communities. Reif is a member of Germany’s Conductor’s Forum (Dirigentenforum) and is one of the forum’s 2017-18 and 2018-19 featured “Maestros of Tomorrow.”