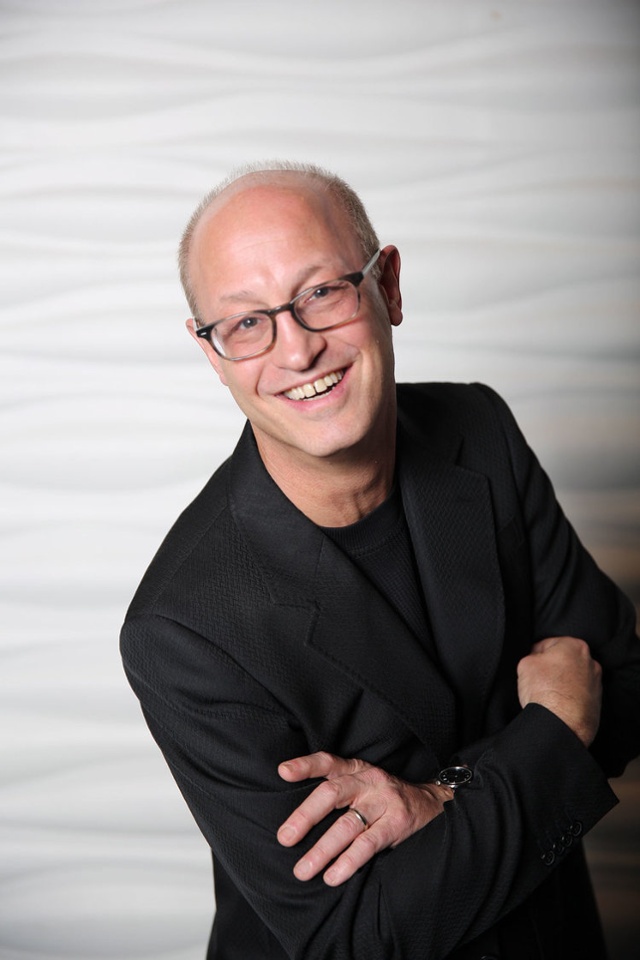 Shelly Berg is a Steinway piano artist and multi-Grammy nominated arranger and producer. His latest album Gershwin Reimagined: An American in London with the Royal Philharmonic Orchestra is conducted by José Serebrier and produced by Gregg Field (Decca Gold).

The All Music Guide says “Shelly Berg is one of the finest pianists around in the early 21st century playing modern mainstream jazz.” His recording project The Deep with bassist Dave Finck on Chesky Records is widely praised for its versatility and virtuosity with 4.5 stars from DownBeat magazine. His solo project Shelly Berg: The Nearness of You (Arbors) and a two-piano album with Dick Hyman Meeting of Minds (Victoria) are also both critically acclaimed. His album Blackbird, recorded with the Shelly Berg Trio on the Concord Records label, reached #1 in US jazz radio and garnered Record of the Year and Artist of the Year nominations (Jazzweek, 2005).

Berg is artistic advisor for Jazz Roots at the Adrienne Arsht Center in Miami, musical director of the Jazz Cruise, and host of the show Generation Next on Real Jazz Sirius XM. He has appeared on numerous NPR radio broadcasts for Jim Cullum's Riverwalk Jazz series.

Film orchestration work includes Warner Bros.'s Almost Heroes and For Your Consideration, Fox’s Men of Honor, and the NBC mini-series The ’60s. He has written for the Royal Philharmonic, the American Symphony, and orchestras worldwide. He composed the theme song to the 1986 U.S. Olympic Festival and orchestrated "Anniversary" for the 10th anniversary of the coronation of Japan’s Emperor Akihito. His orchestrations are called “magnificent. . . incredible” by Johnny Mandel.

Berg is the dean of the Phillip and Patricia Frost School of Music at the University of Miami, a position he has held since June 2007. In addition to his leadership role as dean, he is the Patricia L. Frost Professor of Music and teaches classical improvisation classes and private piano students. He previously held the McCoy/Sample endowed professorship of jazz studies in the Thornton School of Music at the University of Southern California where he taught for 16 years. He is a past president of the International Association for Jazz Education (IAJE), and was named 2003 Educator of the Year by the Los Angeles Jazz Society. In 2002, Shelly was the recipient of the IAJE Lawrence Berk Leadership Award. In 2000, the Los Angeles Times named him one of three “Educators for the Millennium.” He has appeared as a performer and lecturer throughout the United States as well as in Canada, Venezuela, Costa Rica, Mexico, Europe, Japan, and Israel.

Savor a day of exceptional food, wine, and music at Taste of Napa, the annual celebration of the bounties and splendor of Napa Valley. This year's festivities again take place on the central piazza of the stunning Meritage Resort and Spa.  Nestled among acres of sun-soaked vineyards, Meritage Resort and Spa's relaxed elegance captures Napa Valley's warm hospitality at its finest.