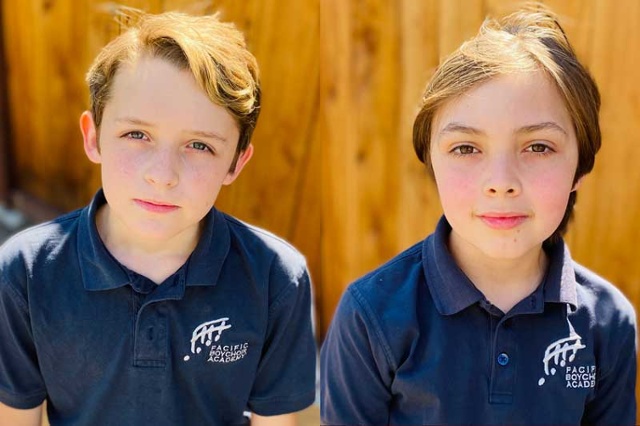 The GRAMMY Award-winning Pacific Boychoir offers Bay Area boys unparalleled performance opportunities, worldwide travel, collaborations with world class artistic organizations, and ambassadorial experiences resulting in a compelling personal development experience. Our vision is to build a community where every young man is challenged and inspired toward unparalleled academic, musical, and personal growth. Along with a busy, self-produced concert schedule, PBA regularly performs with the San Francisco Symphony, American Bach Soloists, California Symphony, and has sent choristers to perform at the San Francisco Opera.

Kai Esainko has been a member of the Pacific Boychoir Academy since 2018. His singing career started early as a member of the Prelude group of Pacific Boychoir and as a chorister in Piedmont Children’s Choirs. As a third grader at Glenview Elementary in Oakland, he played the role of the lettuce-loving vampire “Vreddy” in a production of the children’s musical “We Are Monsters.” Kai then won a talent search for the Pacific Boychoir Academy and joined the PBA Day School as a fourth grader. Among other performances with Pacific Boychoir, Kai sang “Walking In The Air (The Snowman)” with the California Symphony and the David Briggs Requiem at the Cathedral of Christ the Light in Oakland. Kai has also been a featured soloist with Piedmont Community Church and recently recorded a video performing Gabriel Faure’s “Pie Jesu” with music director Stephen Main. He currently studies voice with soprano Christa Pfeiffer. In his free time, Kai plays Dungeons & Dragons and Minecraft, and he enjoys the company of his cat Leo and dogs Pirate & Roscoe. He’s looking forward to in-person 7th grade at PBA this fall.

James McLouchlin has been a member of Pacific Boychoir since 2014. He has toured with the choir to Monterey and Cincinnati, and looks forward to touring internationally next year. Among other performances with Pacific Boychoir, he performed as a member of the chorus in the David Briggs Requiem at Christ the Light Cathedral in 2019. He is a nationally ranked Irish Step Dancer and World Qualifier in 2019, 2020, and 2021.