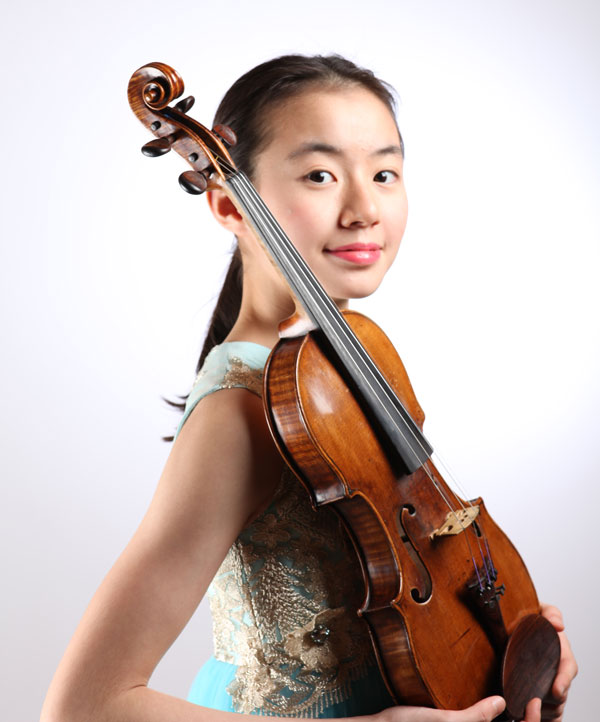 Born in New York City, fourteen-year-old Fiona Khuong-Huu studies the violin with Professors Li Lin and Kenneth Renshaw at the Juilliard Pre-College division. She was recently awarded the prestigious career grant award from Salon de Virtuosi and was invited alongside her sister Hina to perform at Buckingham Palace, where they played Vivaldi’s Concerto for Four Violins with Maestros Maxim Vengerov and Marios Papadopoulos.

Khuong-Huu won first prize at the 2017 Grumiaux Competition, as well as at the Juilliard Concerto Competition, where she played the Mendelssohn Concerto with the Pre-College Symphony Orchestra. She also won third prize and the Best Virtuoso Interpretation at the Louis Spohr Competition in 2019.

Along with her sister Hina, Khuong-Huu has performed Sarasate’s Navarra at  Juilliard’s Pre-College Centennial Gala, as well as at the Bozar Concert Hall in Brussels, with the Flanders Symphony Orchestra. She has taken masterclasses with artists such as Maxim Vengerov, Vadim Gluzman, Ivry Gitlis, Shlomo Mintz, and Menahem Pressler.