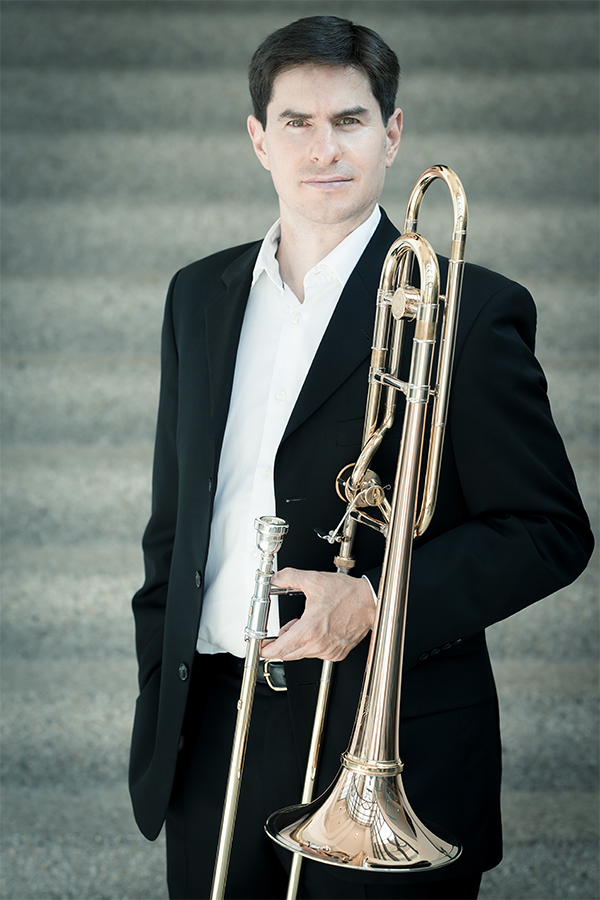 David Garcia has been solo trombonist of the Philharmonia Zürich, Orchester der Opera since 2007.  Previously he was principal trombonist of the Maggio Musicale Fiorentino in Florence, Italy, and of the Hartford Symphony.  As a guest, he has performed worldwide with orchestras such as the New York Philharmonic, Chicago Symphony, Orchestra of St. Lukes, San Antonio Symphony, United States Coast Guard Band, Tonhalle Orchestra Zürich, Orquestra Sinfonia de Galicia in Spain and Malaysian Philharmonic Orchestra.  He has worked with renown conductors such as Zubin Mehta, Kurt Masur, Christian Thielemann, Franz Welser-Möst, Fabio Luisi and Bernard Haitink among others.  He can be heard on numerous CD and DVD performances with the Philharmonia Zürich and the Maggio Musicale.

As a soloist he has performed with the Hartford Symphony, and the Zürich Opera Brass, as well as in recitals in Europe, the United States and Mexico.  He teaches at the Zürcher Hochschule der Künste and gives masterclasses in Europe as well as in the United States and Mexico.  He performs regularly on alto, tenor, bass trombone, bass trumpet, and other period instruments.

In his free time, he enjoys skiing and hiking the Alps with his family.