Patron Dinner at Opus One

This year Festival Napa Valley hosts the world premiere of celebrated American composer Gordon Getty’s opera, Goodbye, Mr. Chips, based on the 1934 novella by the English author James Hilton. What could possibly follow the exclusive debut of a magnum opus? A dinner of equally spectacular proportions hosted by the legendary Napa producer Opus One – the iconic winemaking odyssey of Baron Philip Rothschild and Robert Mondavi.

Like Getty’s pursuit of phenomenal musical works, Opus One’s quest since launching in 1978 has been to create one single, unique wine that defines, and is defined by, uncompromising quality. Tonight’s dinner promises to be a most unforgettable, transfixing gift for all the senses.

Opus One made its first vintage in 1979 and has made wine at Opus One since 1991. The building designed by Scott Johnson of Johnson, Fain & Pereira, literally rises out of the earth, and through a mix of classical European and contemporary Californian elements, gradually discloses its distinctive beauty. Defined by colonnades on either side, a central courtyard introduces an architectural motif found throughout the building. The winery, like the wine, joins New World and Old World aesthetics. 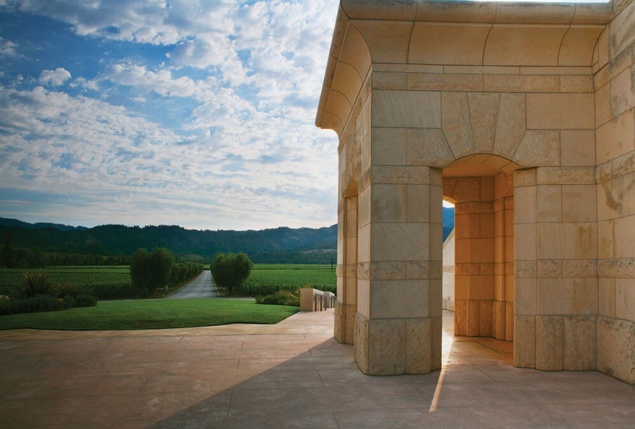